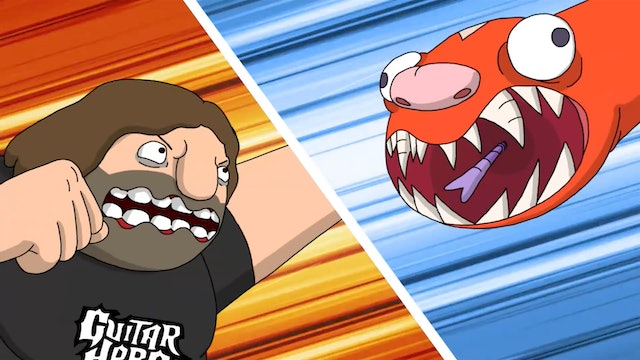 Enjoy more fun and games with Tim, Walter & Billy and the cast of MAN VS SNAKE with fifty minutes of bonus scenes!

------------
If you ever played the game "Snake" on your early model Nokia cellphone, then you're familiar with "Nibbler," the original "snake" game. MAN VS SNAKE tells the story of Tim McVey who, in 1984, on a single quarter (and over 44 hours of non-stop play) was the first person in history to score over one billion points on a video game. 25 years later, rumors of a higher score surface online, attributed to Italian kickboxing champion Enrico Zanetti. This calls into question everything Tim McVey has believed for decades and forces him to make a decision: either set a new world record, or risk losing his legacy forever.

Right-click this and copy the link address.

Watch on your Television

Watch on your Computer